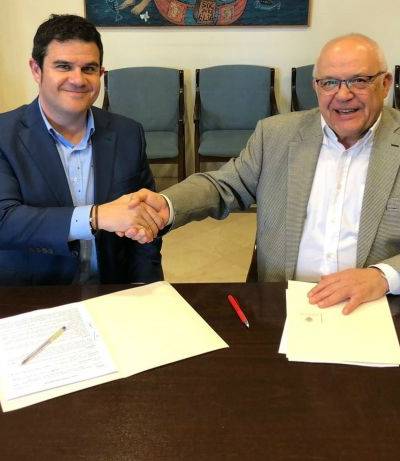 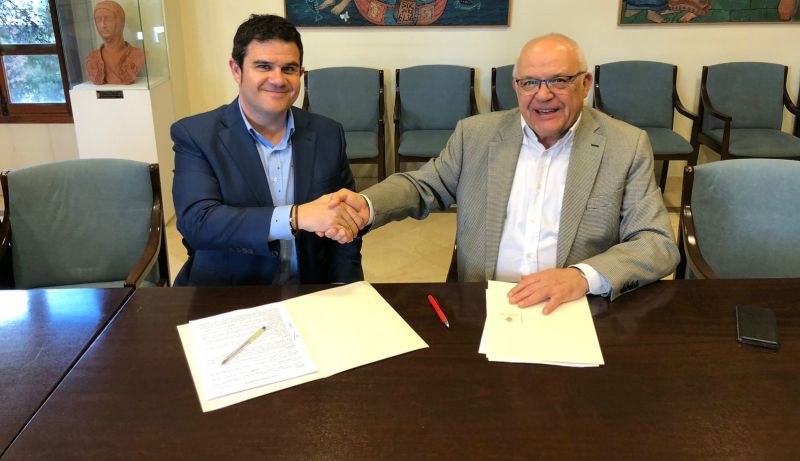 Mediaelx reaches a collaboration agreement with the Misteri d'Elx Foundation

Mediaelx donates 3000 euros to the Foundation of the Board of Misteri d'Elx to help continue growing this Elche World Heritage Site. The money will be used to create the Misteri website.

The web design and programming company in Elche, Mediaelx, reaches a collaboration agreement with the Misteri Foundation, for which it undertakes to donate a total of 3,000 euros to develop its website. The founding partner of Mediaelx, Miguel Moreno, together with the president of the Board, Fernando García, have been responsible for signing the agreement.

Declared a National Monument and Cultural Interest of Valencian Cultural Heritage in 1931, proclaimed as Masterpiece of the Oral and Intangible Heritage of Humanity by UNESCO in 2001 and incorporated into the Representative List of the Intangible Cultural Heritage of Humanity in 2008. These are the distinctions that the Misteri d'Elx has received throughout history. Mediaelx wants to be a part of the successes that will continue to harvest this masterpiece.

The board of Misteri d'Elx has once again placed its trust in Mediaelx, as it did in 2009, to design the website of this canonical representation. This new website includes many modern changes, such as its adaptation to mobile devices. The website will be more elegant and will be more adapted to the needs of users. The new website will be available before the next representation.

For Mediaelx it is an honor to be able to help grow this party so representative of Elche. Its grandeur is reflected every August, when people fill the Basilica of Santa Maria to see the ascension of the Virgin of the Assumption. A historic moment and eagerly awaited by all the ilicitans